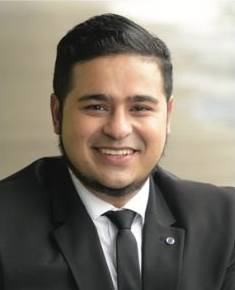 First introduced to 4PM in 1999 when he was still in junior college, Syed Faisal is now the organisation’s Vice-President I. After completing his GCE ‘A’ levels and while serving the nation during National Service (NS), he was called back to help organise a bahas (debate) competition. Beyond the debate competition, Syed Faisal also contributes his time and energy in a range of other activities organised by 4PM such as Ramadan On Wheels, Projek Rentak Remaja, PODZ mentoring programme.

He is currently leading the Project Bestari ITE and is the Head of Humanities Department by profession. Throughout the years, Syed Faisal has also received individual awards which is the 2011’s MOE Outstanding Youth in Education Awards (OYEA) and was conferred by JCI Singapore the Ten Outstanding Young Persons of the World Award in 2012.